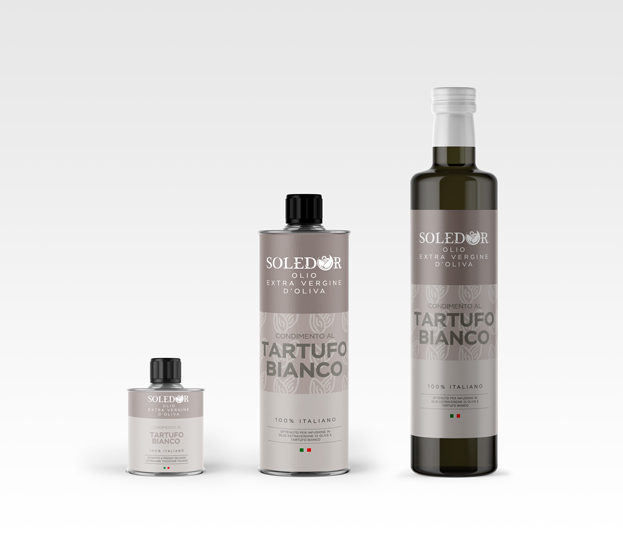 100% Italian - cold extracted according to the best Italian tradition.

Preparation:
Emperor of the woods, the prized white truffle is a product of absolute excellence. It is found mainly in Piedmont, but has also spread to other Italian regions, up to Calabria. Its organoleptic characteristics are unique, just a few blades are enough to activate an infusion process that further ennobles the Soledòr extra virgin olive oil.
The truffle is a fruit of the earth known since ancient times. The first written records date back to 1600-1700 BC, at the time of the Sumerians and the patriarch Jacob. The ancient Sumerians used the truffle by mixing it with other vegetables such as barley, chickpeas, lentils and mustard, while it is said that the ancient Athenians adored it to the point of conferring citizenship on the children of Cherippo, for having invented a new recipe.
Recommended Combinations:
The truffle flavoured Evo oil dressing can be used in any recipe that requires raw EVO oil. In fact, it will be enough to replace the latter with the extra virgin olive oil seasoning flavoured with truffles, to create tasty combinations. We also recommend flavouring your dishes with the flavoured dressing, in all recipes that include the use of truffles as an ingredient.
In the kitchen, the truffle flavoured Evo oil dressing can accompany both first and second courses, but can also be used as a condiment or as a decoration. Ideal to be used raw on meat and fish tartare, with beef carpaccio, and on bresaola with rocket and flaked parmesan. The truffle flavored Evo oil dressing can be used as a topping on pizzas, often stuffed with cured meats, artichokes and mushrooms. 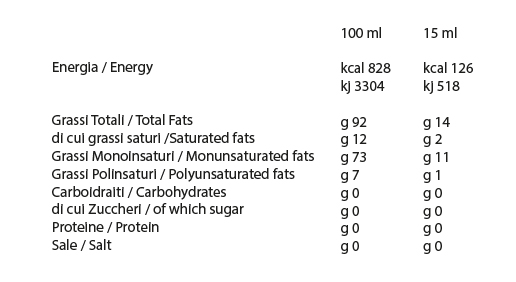